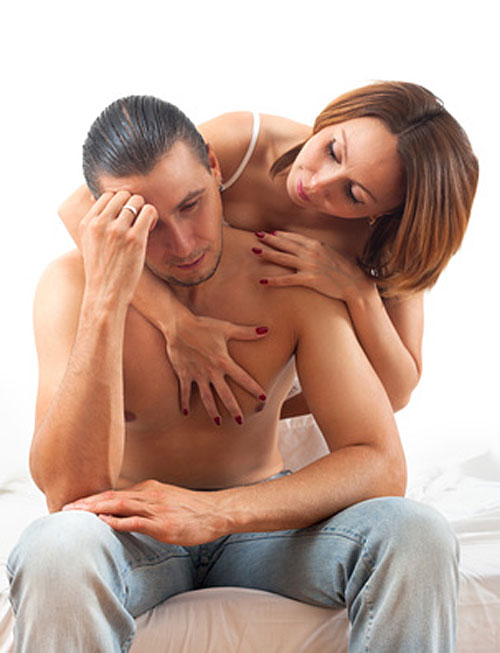 An erectile dysfunction cure for men with a bent penis is more often than not very simple:

Straighten out your penis.
With a non invasive method.

Did you know that most men who develop Peyronies disease, a bent penis caused by some internal tissue hardening, also wind up with erectile dysfunction?

And, most of you don’t even know that the bending is what may be the only cause of your ED. If this is the case, straightening may be all the ED "cure" you need.

How
A Bent Penis
Causes ED

There are a number of reasons that explain how a bent penis causes ED:

This is another reason why straightening should be considered as the first line of treatment for an erectile dysfunction cure.

Did you know that just by simply straightening, with correct stretching/traction, ALL of these problems can be negated and normal erectile function can return? Without the use of any sexual stimulants or any other erectile dysfunction treatments?

The important thing is, the straightening must be done non invasively.

That means, without surgery. Or, injections.

Because penis surgery comes with many possible horrible side effects that include impotence, erectile dysfunction, and inability to maintain an erection.

In other words, a penis surgery has the potential to create all the erectile dysfunction symptoms that you are right now trying to reverse or “cure”.

“....over 65% of patients were unhappy with the outcomes of the Peyronie's surgery at 5-year follow-up. Penile length loss and worsening of erectile dysfunction was the most common reason for dissatisfaction.”

As a society, we have been educated to get the quick cure. No matter what the cost or risks. It's no different, and may be even worse, when searching for an erectile dysfunction cure. Why? Because we become desperate when our sexuality is threatened or compromised.

Everybody wants to feel better as fast as possible. There’s nothing wrong with that either. Unless, it causes you more, or, even worse problems than you started with. We just don’t usually talk about that part. Do we?

Well, if you’re looking for an erectile dysfunction cure for ED that was caused by a bent penis, doesn’t it just make sense to get rid of the cause first and see what happens? Cause and effect.

Really. I am not making light of your situation. It can be quite emotionally devastating. Frustrating, and, monumentally depressing. It was for most of us. We feel sexually ruined. And, the treatments are generally not very appealing.

What I'm asking you to think about is this: Why do we get so insane so often with health issues? Especially when some are really very easy to take care of. Like ED caused by a bent penis.

Well, this is what we at bentpenis.org found to be the reason: Most men don't know what the alternatives are when it comes to an erectile dysfunction cure for a bent penis.

Yes, a bent penis, Peyronies disease, is a real and definite trauma for every man who develops a severe bend. And, the temptation to go with the first and fastest recommendation on straightening is enormous.

We want to be straight and normal again. Now. Right now. That’s a very natural and normal desire.

We want it to happen ASAP. Right? That’s totally normal too.

HOWEVER:
If you use surgery to straighten your shaft
in hopes that it will also be a be an erectile dysfunction cure,
you are taking a HUGE risk.


“....and patients must be warned
that long-term worsening of the quality of the erection
may occur in up to one-third of cases.”

Yes, for some men, a penis surgery will ultimately be the only effective method of straightening. These men then very often need sexual stimulants like Viagra or Cialis afterward to get decent erections. Or, they may even wind up needing a prosthetic implant for an erectile dysfunction cure.

But, before you start perspiring here and panicking, you need to know this is less than 1 man in 1,000. 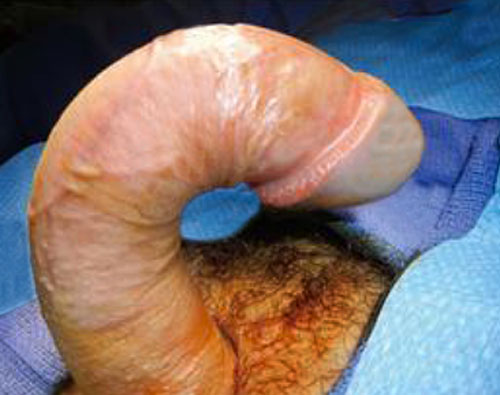 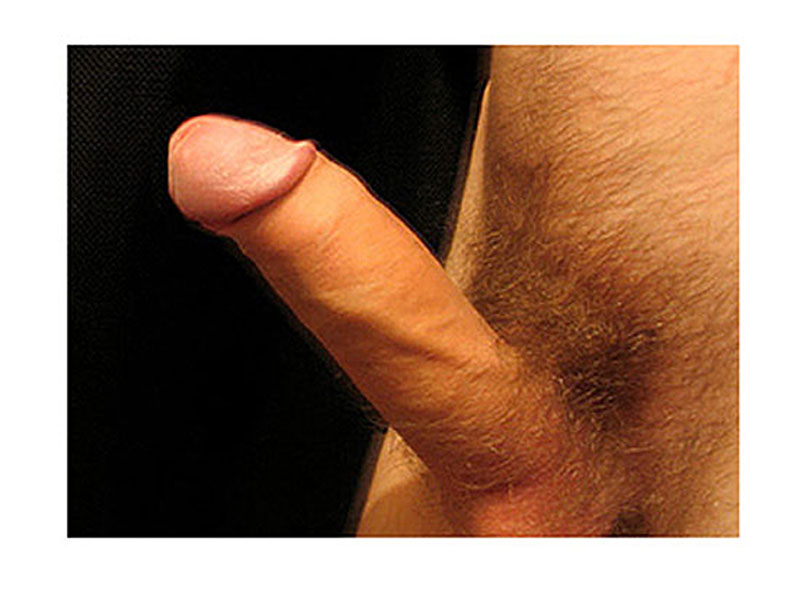 Do Yourself
a
Big Favor

Do yourself a very big favor here.

Your penis is severely bent. Right? And, you now have developed ED. 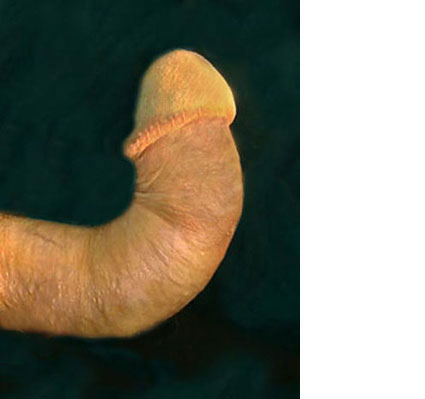 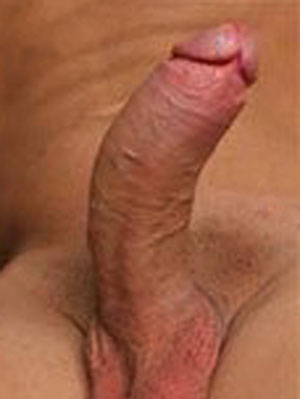 The bending may have even caused serious ED. So, now you’re miserable, seriously depressed, and you have no real sex life.

Any kind of erectile dysfunction cure sounds OK at this moment. Right? Again, this is normal. You're not alone. But,please, don't rush into something that could make things worse. Permanently.

Here’s the favor:  Don’t panic and rush into a serious invasive treatment that might make things even worse.

Sure, if you really mess things up, there’s always an inflatable prosthetic penis available.

Here's what happens with that:  They’ll surgically remove your erectile chambers. AND, you testicles. Put a couple plastic tubes in your cock and a squeeze pump where your balls used to be. There you have it. An erection on demand! But, you'll never have a normal spontaneous erection again. Ever. Because you no longer have you natural body parts. 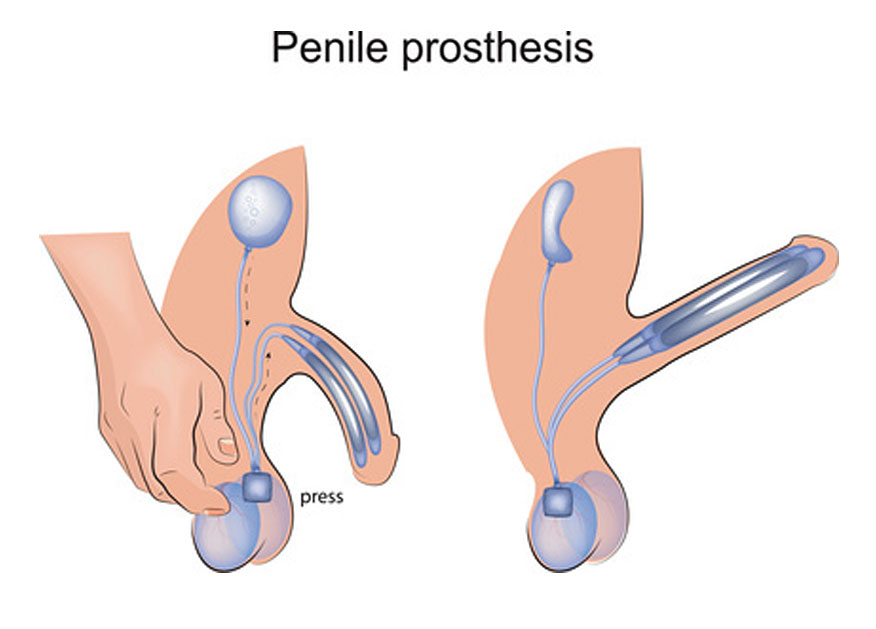 Does that sound good to you?

What
Are The Options?

Again, some men will need to go the prosthetic implant route as their erectile dysfunction cure. But, not a lot of men. In fact, very few. So, don’t rush there. It’s not reversible.

The prosthesis is usually used in men who have had their prostate removed and can not get an erection at all.

You simply have a bent penis.

If you had decent erections before the severe bending developed, simple non invasive straightening can usually not only straighten a bent penis, it can usually reverse the ED symptoms that a bent penis caused.

We’re not really talking about a “cure” here. We’re talking about removing the situation that is causing the ED problem. That’s all.

Any kind of correct penis stretching can possibly do the trick.

The problem with most kinds of penis stretching like jelqing, penile “exercises”, etc... is the danger of pulling too hard or incorrectly. There is no real control over the motion or the amount of pulling. 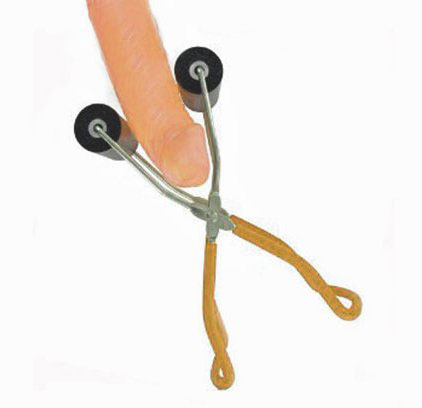 If you use those kinds of stretching techniques for straightening, or, in hopes of an erectile dysfunction cure, you open yourself up to all kinds of serious possible disasters.

And, most men will cause themselves a problem with these methods because results are slow. And, what normally happens is, they keep pulling harder and harder to get quicker results. Until the pull is causing damage. Often irreversible damage.

The one and only medically endorsed and doctor recommended method of stretching is called penis traction therapy (PTT).

Penis traction therapy is so good and so effective that it is now medically endorsed and recommended in 29 countries worldwide. Including:

Unlike jelqing, or penis “exercises”, with PTT, both the direction of pull and amount of pull is always under control. 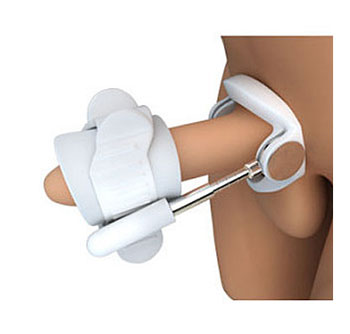 What traction (scientifically controlled penis stretching) will do is lengthen the shorter tissue in the shaft that is causing the bend.

1)   The short harder tissue is stretched first. Technically it’s called protein reorganization or remodeling of collagen fibers. It sounds complicated. But, in every day terms, it’s just simple stretching. Like when a dancer or athlete stretches their legs for longer lines and greater extensions.

2)  Tiny tears are created by the pulling. So tiny and microscopic that you never see or feel them. There is no bruising or bleeding. But, these tiny tears heal with new cellular growth. Growth that causes lengthening. And, this growth is permanent.

NONE of the horrible possible surgical side effects.

Is There a Downside
to
PTT?

Is there a downside with traction therapy?

The downside it what the panicking man dreads most: It takes time.

PTT will take an average of 6 - 12 months to straighten a penis nicely.

No, you don’t have to be a fanatic. You can take a day off each week. But, you need to stick with it.

And, fortunately, PTT is so easy and painless to do.


CONCLUSION
an erectile dysfunction cure for a bent penis 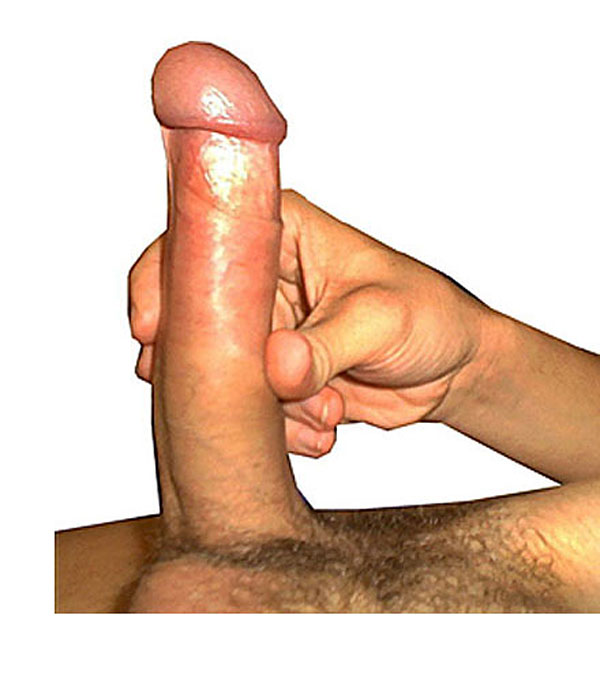 If you try it, we think you’ll be very pleasantly surprised.