Are
Erectile Dysfunction Drugs
A Good Idea For You? 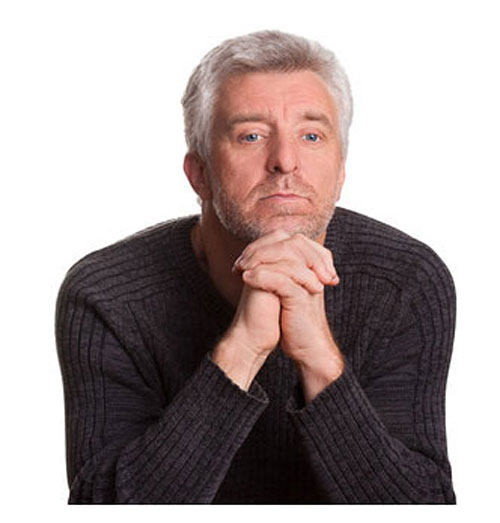 Erectile dysfunction drugs are not the answer to temporary impotence caused by Peyronies disease.

And, they will never fix a bent penis.

The temporary impotence you might be experiencing, caused by your now bent penis, is usually caused by one of four things:

1)  The plaques may weaken the smooth muscle tissue in the penis, making it more difficult for an erection to occur.

2)  The plaques may impair blood flow into the penis. As a result, there isn’t enough blood for a firm erection.

3)  The plaques may cause blood to leave the penis too quickly, making the man lose the erection.

4)  Men with Peyronie’s disease often feel depressed about their situation and anxious about sexual activity. These psychological issues can lead to erection problems. (This type of ED can be just as debilitating as any other form of ED. It is called "Psychological Impotence").

And, as long as your erections remain bent, you may continue suffer from ED.

The Good News Is:  Once you straighten your penis, these types of ED usually disappear all by themselves.

I know, there are endless jokes about these products. And, how they are often considered to be “fun recreational drugs”.

“Recreational drugs”?  Is that insane by itself?

And, yes, erectile dysfunction drugs are usually the basis of at least one joke at every party that people go to these days.

But, these pills are not so funny to the men who had heart attacks because of them. Or strokes. Or those who went blind, or lost their hearing...

And, not so funny to their wives and families either.

The warnings about erectile dysfunction drugs are packed right inside the box. Why do so many of us think those warnings are a joke?

Unfortunately, so many of us think of these pills the same way we do of common aspirin or cough drops. A simple safe solution to an awkward problem.

They are not! They can be very dangerous.

But, psychological impotence caused by Peyronies disease usually comes about because the pain, or embarrassment associated with a bent penis causes the mind to think: “Source of pain. Inhibition.  Avoid this.” And, you become psychologically impotent.

The process of erection is inhibited to the point that you either don’t get an erection or, more commonly, you get a very weak and useless one.

So, now your fears get to multiply. Not only do you have a horribly bent penis, but you’re becoming impotent.

So, many men panic and run off to get them.

Please: Don't make that mistake. As you already learned, once your penis is straight again, this type of ED will usually disappear like magic. Why risk the dangers of erectile dysfunction drugs that won't straighten your shaft, that won't give you a decent erection, and that can possibly harm you seriously?

Can most men use erectile dysfunction drugs safely? That's what the reports say. But, do you want to risk being one of the ones that gets injured? Unnecessarily?

Read the warning sheet that comes in the box before you use these things.

Remember:  If psychological impotence due to a bent penis is causing your ED, doesn't it just make sense that when your erections have straightened out the ED will pass also?

You Can Avoid
a
A Major Mistake!

For those of you in this position, an erectile dysfunction drug is a big mistake.

First, because you have a badly bent erection that may already be quite useless, right? Even if it's hard as a rock.

Personally, we believe using these chemical stimulants is a big mistake anyway. Because of all the associated dangers, AND, because each time you use them, you weaken your entire sexual system. With continuous use, you may always have to take them to get erect.

Let’s be clear real here: When you had robust health and a normal penis, was getting a boner ever a real problem?

So, our goal here is to get straight again. And, increase our overall health.

Is It Age
or
Physical Abuse?

But, maybe your body is just trying to tell you something.

ED is far too common these days. 40% of men over 40 suffer from ED. And, most of these men don't even have a bent penis.

With correct nutrition, rest, and a healthy lifestyle, almost any man can regain his sexual powers. Even older men in their 60s, 70s, and 80s.

If a curved penis is causing your problem, get rid of the cause (straighten it) and your problem will most probably disappear.

And, if you stay healthy, or regain good health, and are moderate in your sex life, you will most likely remain sexually active into your 80s and even beyond! Withut any kind of erectile dysfunction drugs.

We live in an age of instant gratification.

Give me a pill, and let’s move forward.

It does to me. However:

It’s not a reality. At least not for long.

The longer and more regularly you use an erectile dysfunction drug, the greater your dependence on them will become. And, the weaker your sexual system will become.

We also have found, your entire energy level and general health will decline.

"If your bent penis is the cause
of your erectile dysfunction:
straightening your erections
will get rid of it."

With the way you are now, erectile dysfunction drugs will simply give you uncomfortable erections that may be useless anyway because of the bending.

And, then when you do straighten it, extended use of these "sexual enhancement" products may make you dependent on them.

Please:  Wait until you straighten yourself out before you even think about erectile dysfunction drugs.

Please be sane about this. And, protect your health.

The method, clinically proven to be Safest and Most Effective is called correct penis traction therapy.

Let’s use a simple easy to understand comparison:

If you just broke your leg, you would give it time to heal before you tried running again, right? You wouldn't expect to get up and run on it the day, or the week after your broke it. Right?

Why? Because either you are smart, or, because you are forced to give it time to heal.

Your penis is in a similar situation. Give it the same chance you would give a broken leg. Straighten it out, and then see the “miracles” that happen in the erectile dysfunction department.

With a weak erection you can just pop a pill and get going again. Even with a deformed shaft.

Don’t be tempted. Be smart.

Be sane. Don’t abuse your health. Take care of your health. Live a longer happier life. Have good sex into old age.

If you have developed impotence and/or weak erections because of Peyronies Disease, take the time to straighten your bent penis safely and effectively first.

If you do, you will be able to forget about using erectile dysfunction drugs and risking all their dangers and possible horrible side effects. 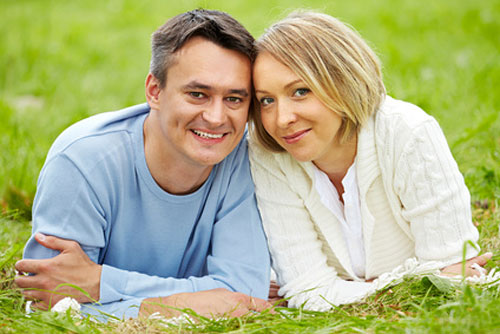